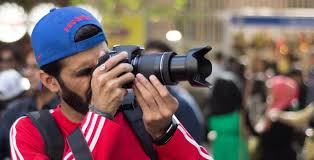 You may have noticed that Govanhill.info has had a bit of a makeover. This site has been revamped so that news and events are brought to the forefront to make it easier to share the latest news and information about what is going on in Govanhill and the surrounding area, in order to keep it as up-to-date as possible.

As part of this revamp Govanhill Community Development Trust is looking for volunteer Community Reporters to cover local events for the site.

If you have skills in writing, photography, proof-reading, WordPress editing or social media, and are interested in keeping the community informed about local news and events, we want to hear from you. We are also looking for anyone wishing to gain experience or develop skills in these areas.  This opportunity might suit someone interested in a career in journalism or a communications role. Reasonable expenses will be paid and all volunteers will receive mentoring and support from the GCDT Media Worker.

These volunteer positions are open to all but preference will be given to people who live in the Govanhill area.

We met with Felix Slavin, one half of Music Broth, Govanhill’s brand-new instrument-lending library, who told us about their new social enterprise operating from Unit 7 in Victoria Court.

Felix is surrounded by instruments; there are a large number of guitars, although the library has other instruments too, including a djembe, pianos and even a trombone.

Music Broth was founded in 2017. The idea was conceived as a way to make use of a number of musical instruments Felix had inherited from his late uncle. The aim of the project is to improve access to musical instruments, which are often expensive, to ensure that the widest possible range of people can enjoy the pleasure of making music.

In June 2018 Music Broth secured space at the Victoria Court Workspaces large enough to safely store their many instruments.

Memberships are open to organisations and individuals. If you wish to find out more information or join the lending library, you can contact Music Broth at info@musicbroth.org or through social media on Facebook @MusicbrothGlasgow or Twitter @musicbroth.

If you have an instrument at home which is gathering dust and would make a useful addition to the library, Music Broth are also interested in hearing from you.

Music Broth rent space from the Govanhill Community Development Trust. If you are interested in renting one of these work spaces, please contact Dave Zabiega at Dzabiega[@]govanhillha.org.

The Southside of Glasgow is blessed with a number of wonderful green spaces, the most well-known of these is undoubtedly Queens Park at the top of Victoria Road. Govanhill Park, where the Govanhill Festival Parade began, is also popular and well-used.

The Parks and Ride tour aimed to introduce people to the lesser-known green spaces in the area, such as Brennan Square, the Croft and Riccarton Park.

Our first stop was a tour of the South Seeds Croft with Lisa. Half of the community croft is used by Locavore and the other half is filled with raised beds for use by the community.

After a brief stop off at the Westmoreland Street Gardens, the tour continued to the Allison Street Community Garden, where we learned about how local young people have been involved in transforming the area.

After this the walk moved on to Brennan Square, a little-known spot surrounded by postwar housing, much loved by those who live around it.

Next to the square one resident has placed a sign with directions detailing the various waves of immigration to Govanhill.

From Brennan Square followed a brief journey to Riccarton Park. Riccarton Park was created in 1994 as a collaborative project between the Glasgow Development Agency in association with Scottish Enterprise and Glasgow City Council.

This local park offers visitors two synthetic surfaced games courts – one equipped for basketball/netball and the other for five-a-side football. There is also a children’s play area equipped to cater for all age ranges and with ample seating.  This park is one of 27 in Glasgow protected in law through a Fields in Trust initiative, meaning they can only be used for recreational purposes.

The penultimate stop on the tour was the Govanhill Housing Association’s own community garden. The garden itself was closed at the time of the tour as works are taking place to improve the space and make it accessible for disabled people, with the intention to creative a fully accessible space for people with all kinds of physical and sensory disabilities. Participants were able to sneak a look inside and get an update on the works taking place.

The last stop took us out of Govanhill to one of the better-known local spots, the Hidden Gardens.  Development worker Wing met us with an array of information about how to make the most of their beautiful space.

The route followed by the tour is detailed below. Govanhill Community Development Trust hope to run this again in the future in order to introduce people to overlooked local spots. In one case, a participant had lived in the area for over 30 years, but was introduced to several new spots through the tour.

On the 20th of August the community hall at Samaritan House hosted the Women’s History Archive of the Samaritan Hospital project for an afternoon of sharing stories over coffee and cake.

The event featured screenwriter Paul Cooke, who introduced the project and his play A Dose of the Blushes.

Participants had an opportunity to share stories with each other, as well as listen to some of the many women’s experiences which have been collected as part of the archive.

The play A Dose of the Blushes, featuring the real stories of women who stayed at the Samaritan Hospital for Women, will be touring a number of different venues in September 2018 and Spring 2019. For updates you can follow their Facebook page here.

The WHASH project has received some attention in the press and continues to look for women’s stories. If you have a story to share or are interested in finding out more about this project, contact dzabiega@govanhillha.org.

On the 17th of August, the Govanhill Community Development Trust organised another sell-out ceilidh bringing together people from all sections of the community.

Over 100 people attended the event at the Daisy Street Halls, where they enjoyed traditional dances from around the world, including Scottish favourites such as Strip the Willow and the Gay Gordons, as well as dances from Iran and Romania.

Children made art work in preparation for the Carnival Parade and Arena Concert the following day.   A great time was had by all and the dance-floor was busy all night thanks to Colin MacLennan and his band!
Uncategorised

A quiet place for local people to remember those they have loved and lost has been created in Govanhill.

The Govanhill Remembrance Garden is part of the community garden next to the Association’s offices in Coplaw Street.

It is set in a secluded part of the garden close to Butterbiggins Medical Centre and away from the main growing and training spaces. The peaceful spot features benches and soft planting where people can take a quiet moment.

The area features a wall-mounted remembrance tree where simple plaques commemorate the names of local people. The first tree is now almost full, with a second tree planned for installation in the next few months. Getting a name plaque engraved and installed costs £5 from The Cobbler on Calder Street.

The garden has been the work of local residents Rosemary Scott and Association tenant Kathy Graham, who organised a fundraiser in 2016 to get the memorial tree installed. The installation was supported by staff from the Association and Govanhill Community Development Trust.

A remembrance day in the community garden and Samaritan House is planned for late summer or early autumn. The date will be confirmed once accessibility improvements have been completed in the wider community garden. Check the Govanhill Community Remembrance Garden Facebook page for updates or contact Dave Zabiega at dzabiega@govanhillha.org or on 0141 636 3665. 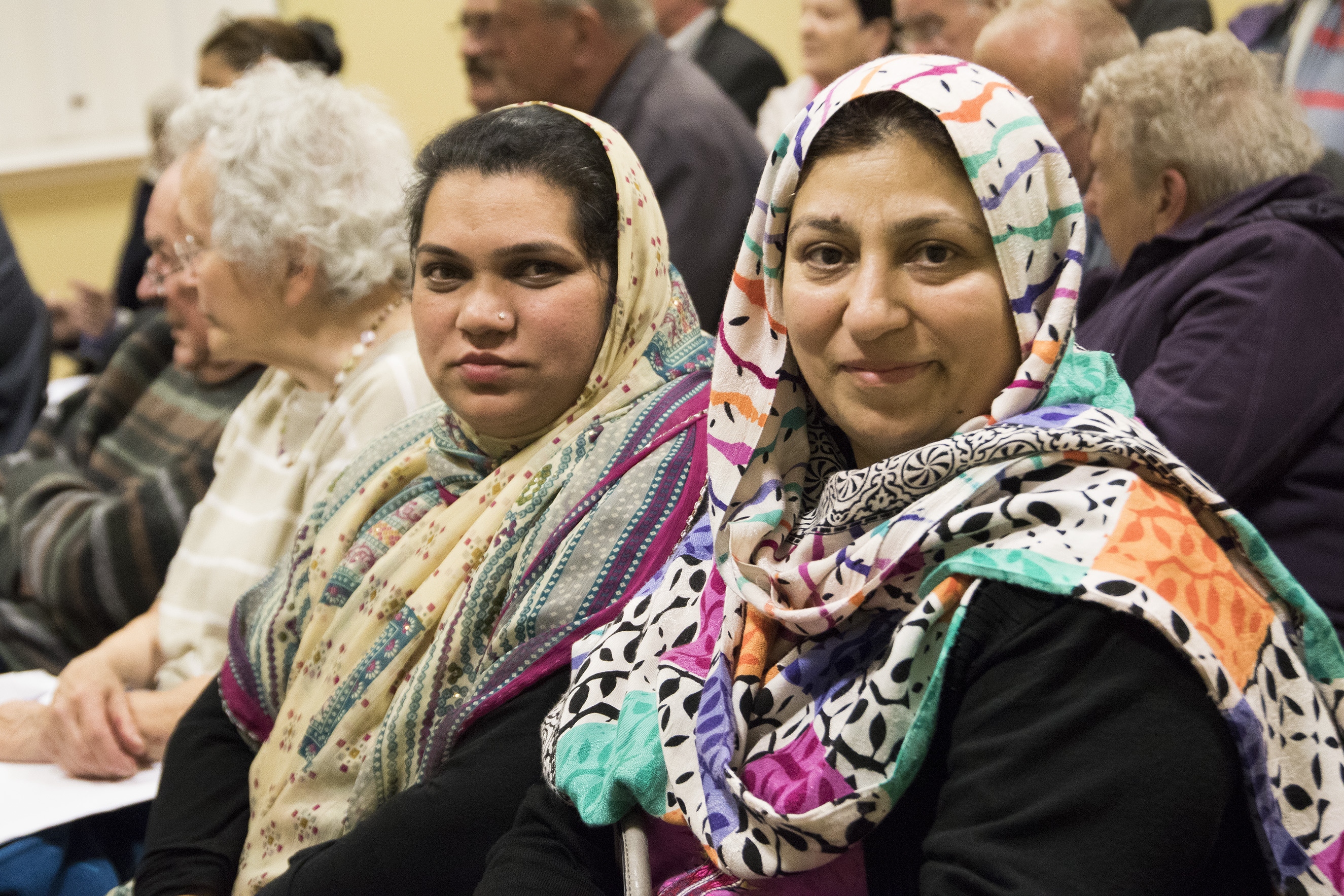 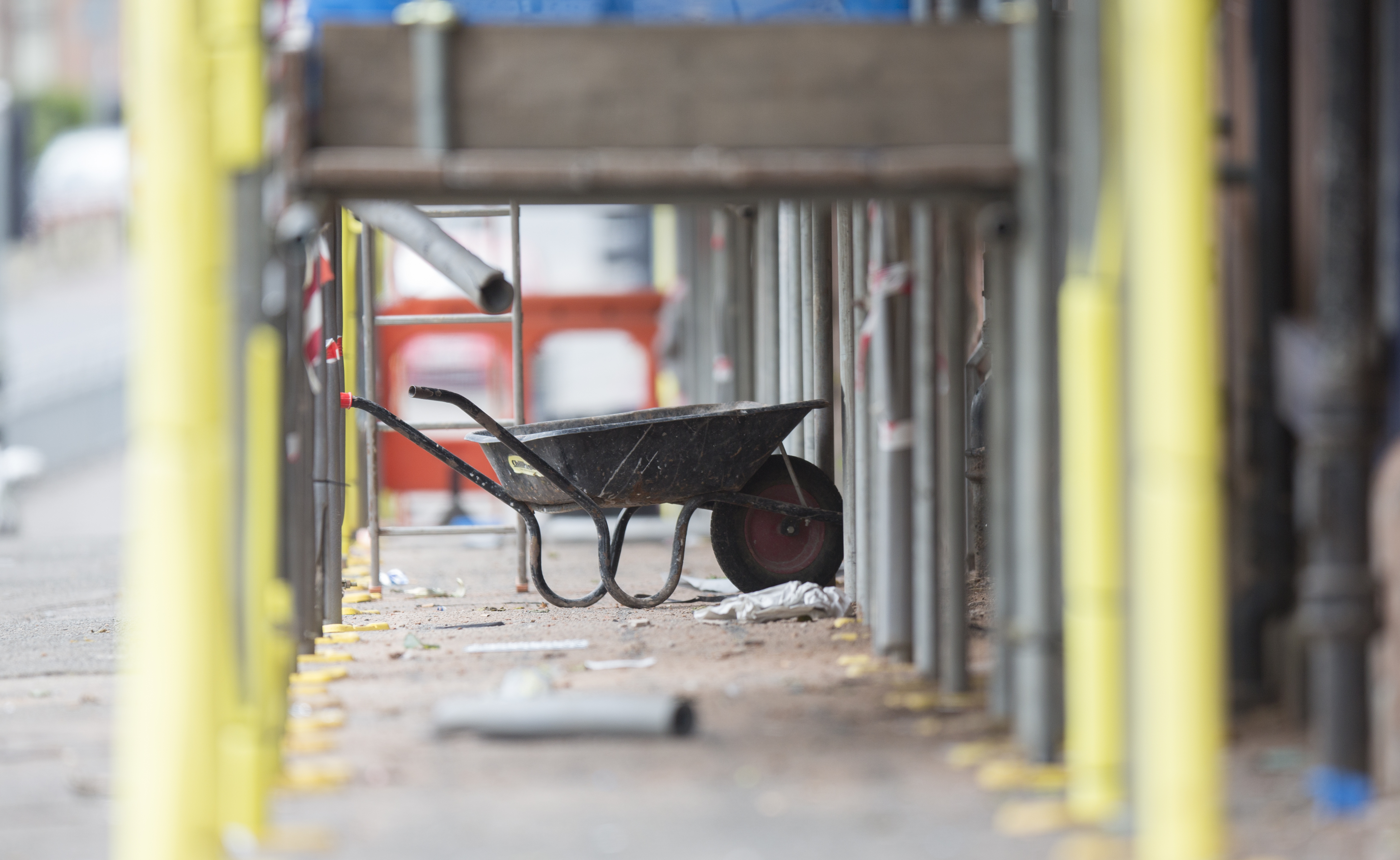 Several phases of the Govanhill Housing Association’s major repairs programme are complete, with others under way. Window and kitchen replacement work is at the heart of the £4 million programme for 2017/18.

Phase 9 of the window replacements – covering a number of addresses in Allison Street, Cathcart Road and Hollybrook Street – has been completed and work on phases 7 and 8 (addresses in Langside Road, Coplaw Street, Cuthbertson Street, Carfin Street, Cathcart Road and Govanhill Street) is due to finish by the end of June. Further window replacement work will start later in the year, with many properties to get brand-new additions!

Housing Association tenants have been informed and many surveys are already under way. Kitchen replacements at addresses in Annandale Street, Butterbiggins Road, Calder Street and Coplaw Street are due to be complete by June. For more information or enquiries about the Housing Association’s major repairs and planned maintenance programme, contact Development and Regeneration Services on 0141 636 3684.